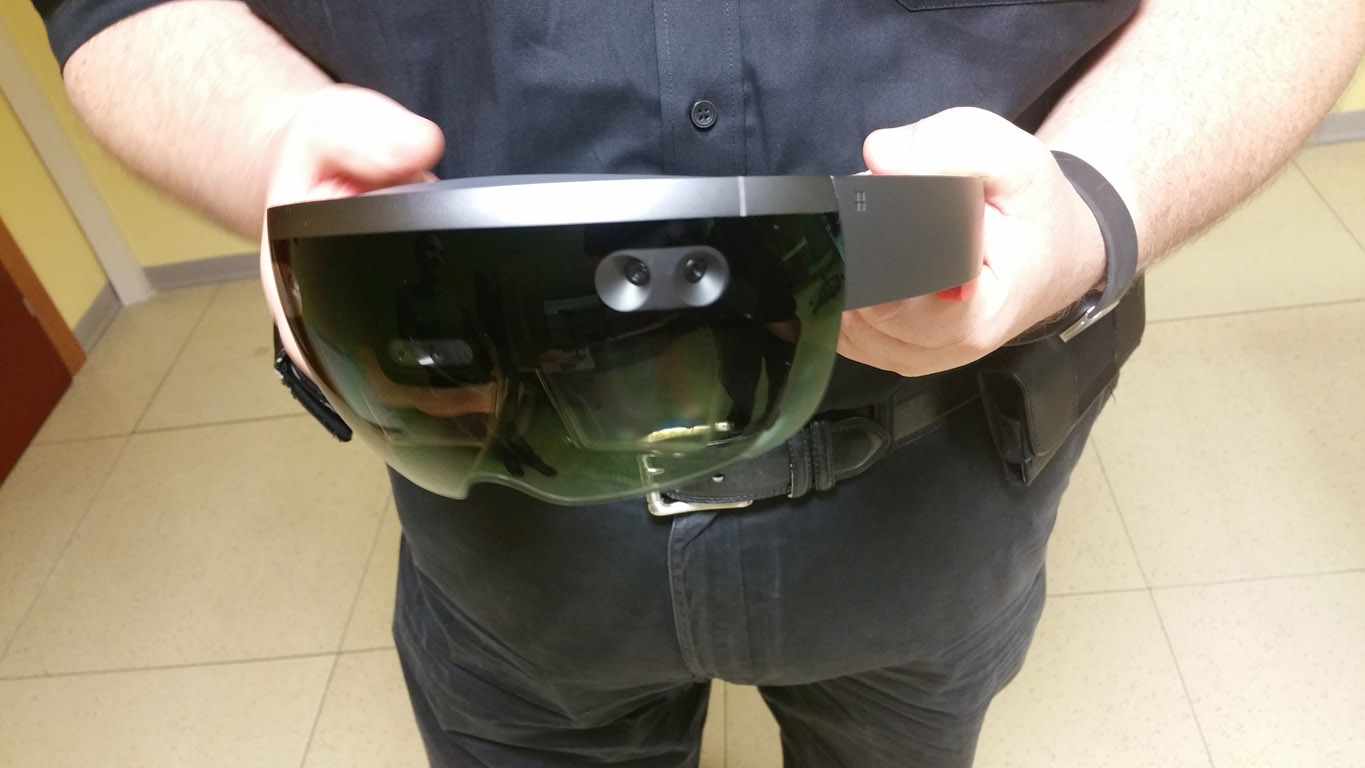 Yesterday has been a super-day: thanks to epic Microsoft MVP Marco Dal Pino (which is also Intel Black Belt and other 1000 stuff like that), I’ve tried Microsoft Hololens for some minutes! It’s been so cool, considering that in Italy there are only more or less 10 Hololens… I’ve been so lucky (thanks Marco, I love you!). I’m writing a little review here, since I’ve little time due to organization of our DTC event… after that I’ll write a more detailed review on our Immotionar website.

Marco has helped me to wear the Holo-device: it’s surely very very light, but due to my head shape and my lots of hair, I didn’t find it super-comfortable: especially it fitted quite bad on my nose. It may be because I had not that much time to adjust it… but that’s it, I did not find it very comfortable. Another thing I didn’t personally like was the screen that gives some kind of strange sensations… even looking people wearing Hololens gives me a strange impression, due to distance of the lenses from the eyes. Just a matter of personal aesthetics, who cares anyway 🙂

To use the device at its best, you have to perform a super-simple calibration. The process requires some minutes, where you just point your finger in the positions that the assistant suggests to you. It’s a bit boring, but it’s once for all, so it’s ok. This may be a problem in exhibitions: if every person has to calibrate the device, you need like 15 minutes for each person (to explain them the commands + calibrate the device + showcase a little demo) and this may lead to long cues. The calibration serves to see better holograms and have a better FOV.

After the calibration I’ve tried the RoboRaid game, where some robotics spiders come out from a wall and you have to shoot laser rays against them with your finger (seems a pretty badass concept, isn’t it?). The game lasts too little, but playing with it you realize how the holograms are stable. Damn, I didn’t imagine it… you can move in the room and they remain there, with no jitter at all. The only way to see some very little jitter is if you come really close to a hologram… otherwise the hologram is perfectly still. The hand interface is handy, but pointing the finger for everything can be tiresome for our fingers and that’s a downside. In VR I always say that sometimes a mouse is more comfortable than a VR controller… and here there is the same problem!

I tried another demo, called Holograms where you just put some holograms in the room and watch them: for example I put a ballerina on the floor and she started dancing a bit… very cute. The particular thing of the HoloLens ecosystem is that you just put the app inside your room in some position… to every app it is associated a physical position in your room… and that position remains fixed with high precision: room is the new desktop.

I also tried a simple basketball demo developed in Unity and… I find another downside of this device: it is not a VR-ready PC on your head… it has computation limitations… you have to optimize the games playing on it, or the game will result having very bad FPS. The game I tried was unusable. But the true downside is the FOV 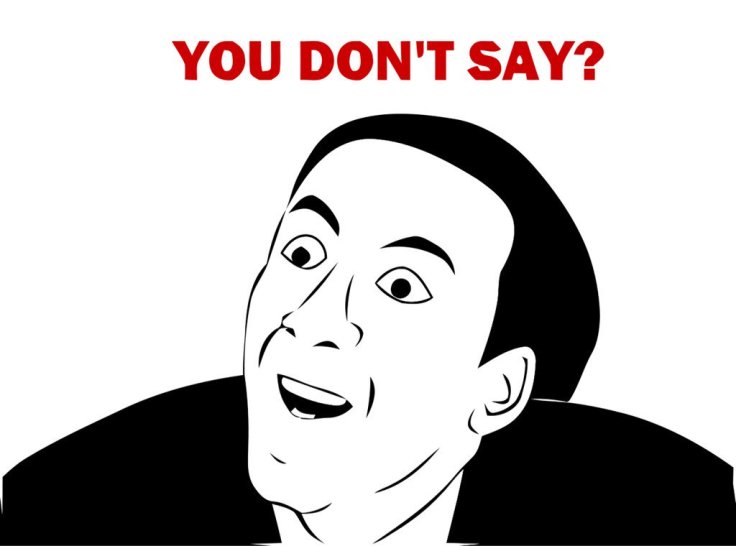 It is too little… especially the vertical one. Horizontal limited FOV can be tolerated (like in VR), but the vertical one is really a big limitation… I found it very disturbing… especially when looking objects from a close position… it really breaks the magic.

And obviously the objects appear as virtual renderings… there is no light adaption or things like that… so you perceive that these objects aren’t real.

That said, I wanted to highlight the defects, but the device is very cool. Especially the tracking (performed in real-time) is very strong and stable, better than any other AR solution I’ve ever tried (Magic Leap guys, if you want me to try your product, I’m here! :D). Hand detection and voice command detection is more than good and that’s another “great job” that has to be said to Microsoft.  And everything (including surround audio) with a super-light standalone device… wow! What a device… to be a first-generation headset it is a great product! Hope to get one in the future! 🙂 In the meantime, I’ll have hands on them again for the DTC, so I’ll make more experiments with them (which I’ll write about in my next review)!