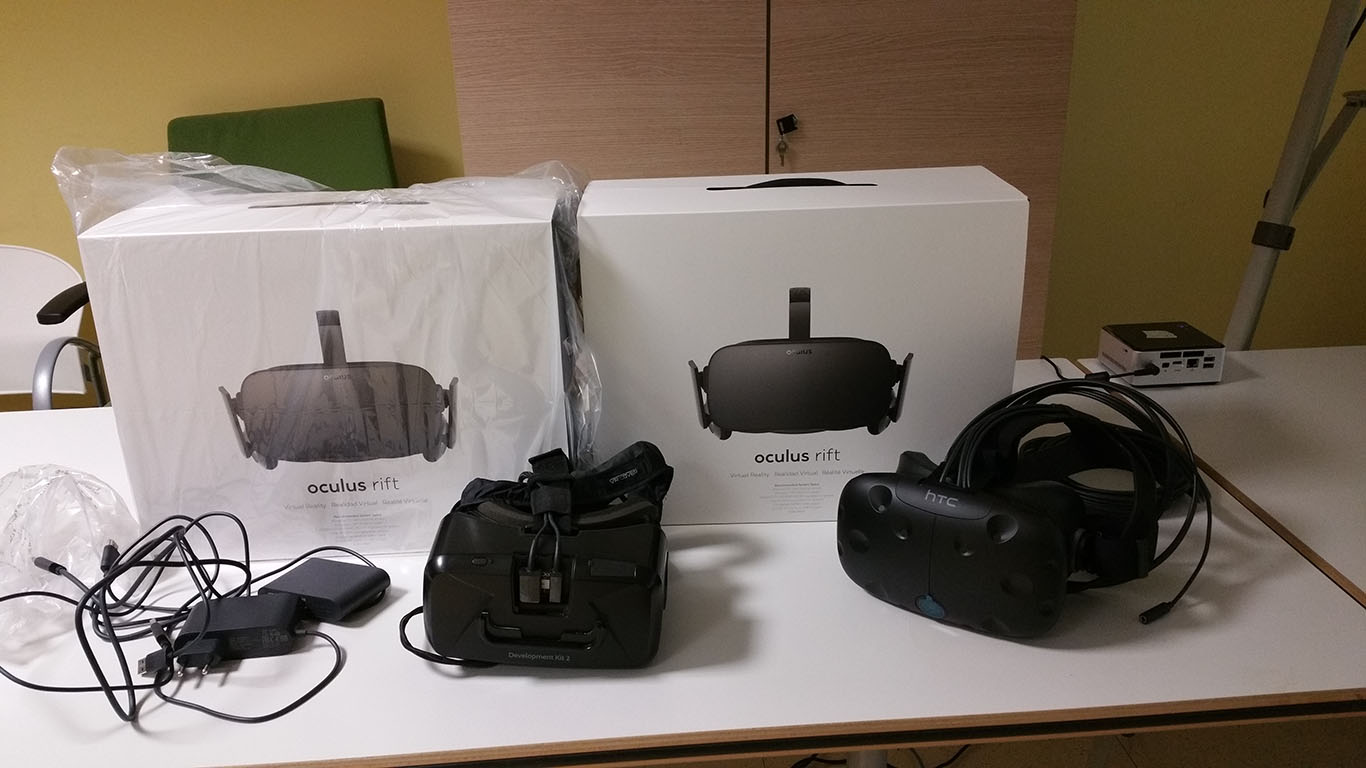 One of the biggest disputes of the virtual reality world is: it is better Oculus Rift or HTC Vive? There is no accepted answer to this question: lots of people have tried to make a comparison (me too, with this post) but there is not a headset that is truly superior to the other one. Besides that, virtual reality has been ruined by fanboyism, so there are lots of idiots giving biased reviews just because they’re fan of one headset or the other one.

The problem of all those reviews (mine included) is that they refer to the situation that holded until summer 2016. After that, lots of things have changed: autumn has been a hot season for VR, with lots of announcements by Oculus, HTC, Microsoft and Google. I think that a recap including the latest news is necessary, so to make a more effective comparison at current state of art. So, what is the current situation of this endless war between these two great virtual reality devices? Let me try to write some points:

Oculus wins: it remains the most comfortable headset I’ve ever tried. People say that PSVR is even better, but I’ve never tried it.

Oculus wins: redditors say that when used in social VR apps, like AltspaceVR, you can hear people having the Vive breathing, while there’s not the same issue for Oculus owners.

Vive wins: no headset is currently wireless and both have presented a wireless solution. But the Santa Clara prototype showcased by Oculus seemed something like a completely standalone device, while Vive has recently presented a device produced by TPCAST to upgrade your existing Vive and make it become wireless. This means that spending only 200$ you can make your Vive wireless, while to have a wireless Oculus you have to buy a new device. Besides that, you can preorder Vive wireless kit now, while Santa Clara release date is unknown.

Vive slightly wins: Vive has born with room-scale (the ability to move freely in the room, with VR avatar following you coherently), so it’s really great in doing it. Oculus had to chase them, allowing room-scale now using a constellation of positional tracking sensors. Some people reports it’s a truly working room-scale, but that Vive tracking is better.

Oculus wins: Vive has been the first one to come out with VR controllers and everyone of us has blamed Oculus for its release of a headset with a f**king useless Xbox Controller. Vive has made a great move, but Oculus now is releasing Oculus Touch, which are far more ergonomic than donut-shaped Vive controllers… and they are able to reconstruct hand and finger pose, too. Oculus Touch seem great and allow a more natural interaction, so they’re a point for Oculus. Vive is trying to create a new kind of controllers, but we’ll have to wait to see them.

Vive slightly wins: as you can read in this UploadVR article, Vive sold 420k+ units, while Oculus sold 350k+. This means that Vive has sold a bit more than Oculus, but the distance is not that much (consider that Cardboard sales are like 10millions… and this is a true different number). In the short term the winner will be… PSVR, we all know it.

Oculus wins: the headsets used to have the same requirements (super-epic VR-ready PC), but after ASW announcement at Oculus Connect 3, Oculus has managed to reduce them someway. So, if you can afford only a less powerful PC, Oculus is the choice you have to make at the moment. Be sure that I’m saying “less powerful” than a VR-ready PC (that is an i5 CPU with GTX970 GPU), I’m not saying not powerful at all.

Vive slightly wins: Oculus + Touch costs the same as Vive + Controller. If you want Oculus with room-scale, you have to buy an additional sensor and this will costs you 79$ more (so, if you’re interested in room-scale, Vive is cheaper). Vive has also the possibility to lower cost of its future versions, since the sensors it uses have now an upgraded and cheaper version. Anyway, we’re all waiting to see how the super-cheap headsets promised by Microsoft will perform.

It’s a tie: they’re both high quality SDK. The advantage of using SteamVR SDK is that you can target all headsets supported by SteamVR, while the advantage of using Oculus one is that in Unity you can develop once and then deploy on both Oculus and GearVR. Oculus is adding cool features like a custom avateering system,  but SteamVR is completely opensource.

Vive wins: there is a commercial version of Vive, which is identical of personal version but with a license that lets you use it for commercial purposes of any kind. Rift is for personal use only and use for commercial applications is something for which you should have authorization by Oculus itself.

It’s tie: you can buy great games for both headsets. The problem of both is that available high quality games are not that much, so people is getting frustrated because they bought an expensive headset and then they have not many games that they can play. Lots of experiences on SteamVR are crappy ones made by developers that just wanted to make some demo in VR and put it on the store. Both companies are investing a lot in content, so situation should get better. Some people is angry with Oculus because it aims at exclusivity of contents.

And that’s it. As you can see they’re both great products, with some little differences between them.

Hope you liked my little recap. As always, if you have something to add, use the comments section… but before please share this article!